For a long time, they were merely two neighbours, each with an incurable guitar addiction. They had both played in bands all their lives, for almost 80 years altogether. Tellef mostly in jazz, rock and improvisational groups, while Magnus more solidly belonged in rock music. When they met for the occasional dinner with friends in the neighbourhood, the talk went mostly about music, guitars, amplifiers and effects. Maybe the occasional “do you prefer 0.10 or 0.09 gauge strings” question. In the end, there was no way around the unavoidable, and they went down into Tellef’s basement with no more of a commitment than to jam for a while. After months of intense experimenting and songwriting, it became clear that the two guitar players had more in common musically than they had thought. Several café concerts in Norway and Sweden and then half a year of intense work with the duo’s debut album made the two electric guitarists into a closely interacted, poetic, melodic rock-jazz duo with a setlist of instrumental compositions. Even if it sometimes can get loud, it is not an aim in itself. The Leifs ambition is to leave their listeners with the notion that an evening with the duo’s self-styled “Americana (Nordicana?) jazz music” or “wind-warped, instrumental rock-jazz” (both authentic stamps left by listeners) was worth leaving the couch for. In Mai 2018 Simlas produksjoner released the duo’s album digitally, on vinyl and CD. September 2020 saw the follow-up album But you move on distributed digitally. About the name Magnus’s middle name is Leif. Tellef is an old combination of the names Tor and Leif. Hence the band name. Except also that the word Leif sounds almost like the English word for the period between birth and death of an organism. Somewhat. 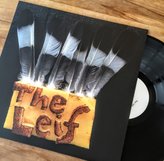 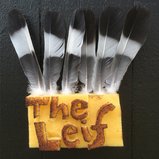 The Leif was established in Oslo in 2015 by the two guitarists Magnus Tenge and Tellef Øgrim. Their music is electro-lyrical and instrumental, fermented in jazz and rock.

Neither Magnus Tenge nor Tellef Øgrim had written as many tunes before as after they started playing together in The Leif. Tunes tend to queue up. The duo has no written rules about which tunes to chose, but listeners of their first album (of 2018), and this EP, will hear that the duo leans towards melody, a type of "jammy" roots-oriented jazz and a certain pastoral atmosphere. Additionally, a bit of post-1970 nostalgia can be heard in several of the tunes. While their debut album was strictly a duo thing, without contributions from additional recordings, Øgrim and Tenge this time chose to team up with Per Oddvar Johansen, a drummer well known for his sense of sound, and not least his adaptable but still highly personal musicianship.

The band's second release, an EP/short album titled But you move on, containing exclusively original material, was released digitally September 25 2020, on all platforms, featuring Per Oddvar Johansen on the drums.

Apart from playing in The Leif Magnus Tenge plays in Hasse Farmen's band and with Anders Wyller.

Tellef Øgrim works with Anders Berg, Peeter Uuskyla and Jan Wiese. He is also a member of the audio-visual collective Mugetuft.no and a local big band.

Daniel, a tune from our first release was featured in the beautiful surf-documentary Icebox

Our second release, an EP called But You Move On, was released September 2020 at Kafé Hærverk

We played new material online during the Corona pandemic. Watch the concert HERE

Our final verdict on the album "The Leif", which appears next week at Simlas produksjoner, can be summed up briefly: Perfectly successful! – Global Music News

...but the "wind-warped instrumental rock jazz," as the two call their music, is by no means just a noise, but a typical case for adventurers and, to a certain extent, a phonophone sarcasm, when tenderness and effervescence have to be changed from a creative point of view - Musikreviews.de